how the lucidview enforcer works

How our Internet Management Modules work

The “Enforcer Profile configuration script” is created via the LucidView MikroTik Portal and it is specifically designed for MikroTik RouterOS.

Activating the Modules for your Enforcer

By default only the Content Filter Module, and the Reporting modules are enabled for every Enforcer profile. To activate the others, please activate via the LucidView MikroTik Portal. Please see FAQ here on how to do this. 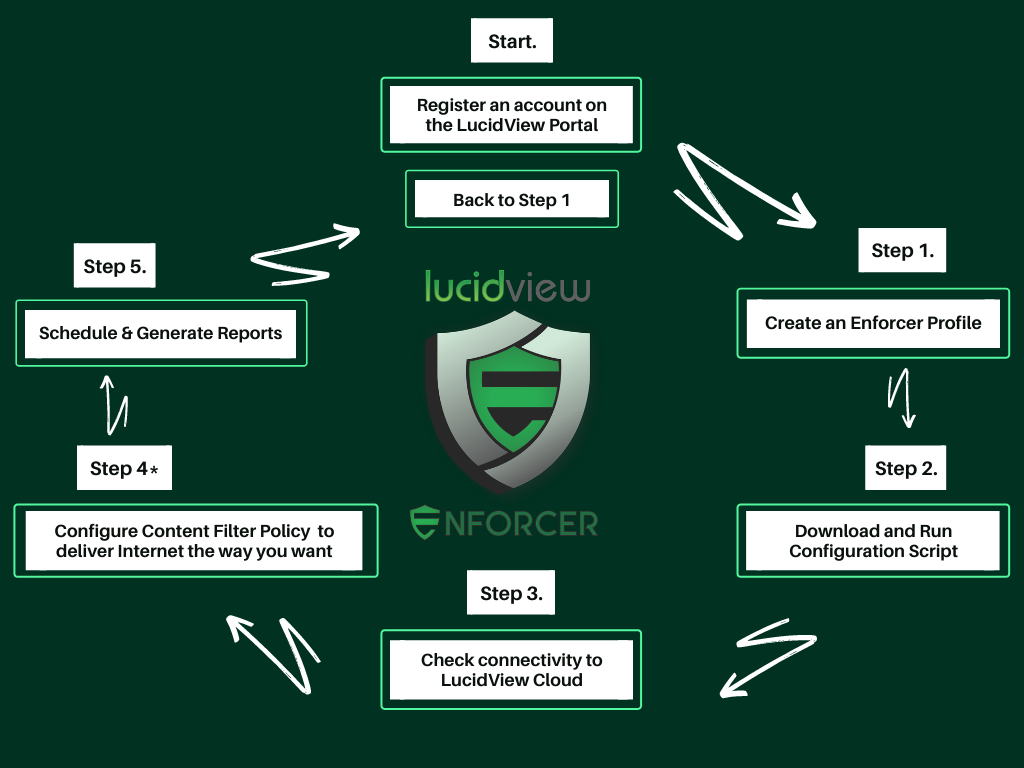 How it Works Overview

This is the technical overview of how the Enforcer works.

Once registration has been completed, you will be able to create your first Enforcer profile. Each Enforcer profile created has an accompanying configuration script, which needs to be downloaded and applied to the MikroTik.

LucidView provides a well commented configuration script for MikroTik routers. This script, in a nutshell, does the following:

Syslog and netflow are processed in the cloud, firewall rules are sent back to the enforcer to block any connections that are in contravention of the content filter policy.

For additional functionality (listed below)  you could create a user on the MikroTik router to allow the LucidView Cloud access your MikroTik to:

Click on the button below for step by step instructions, videos and PDF guides on how to build an Enforcer from your MikroTik Router..

How to Make an Enforcer

Demo Pricing How it Works Free Trial Contact Us

Please Note: The Modules listed are designed to run with MikroTik RouterOS.